Search in the site: 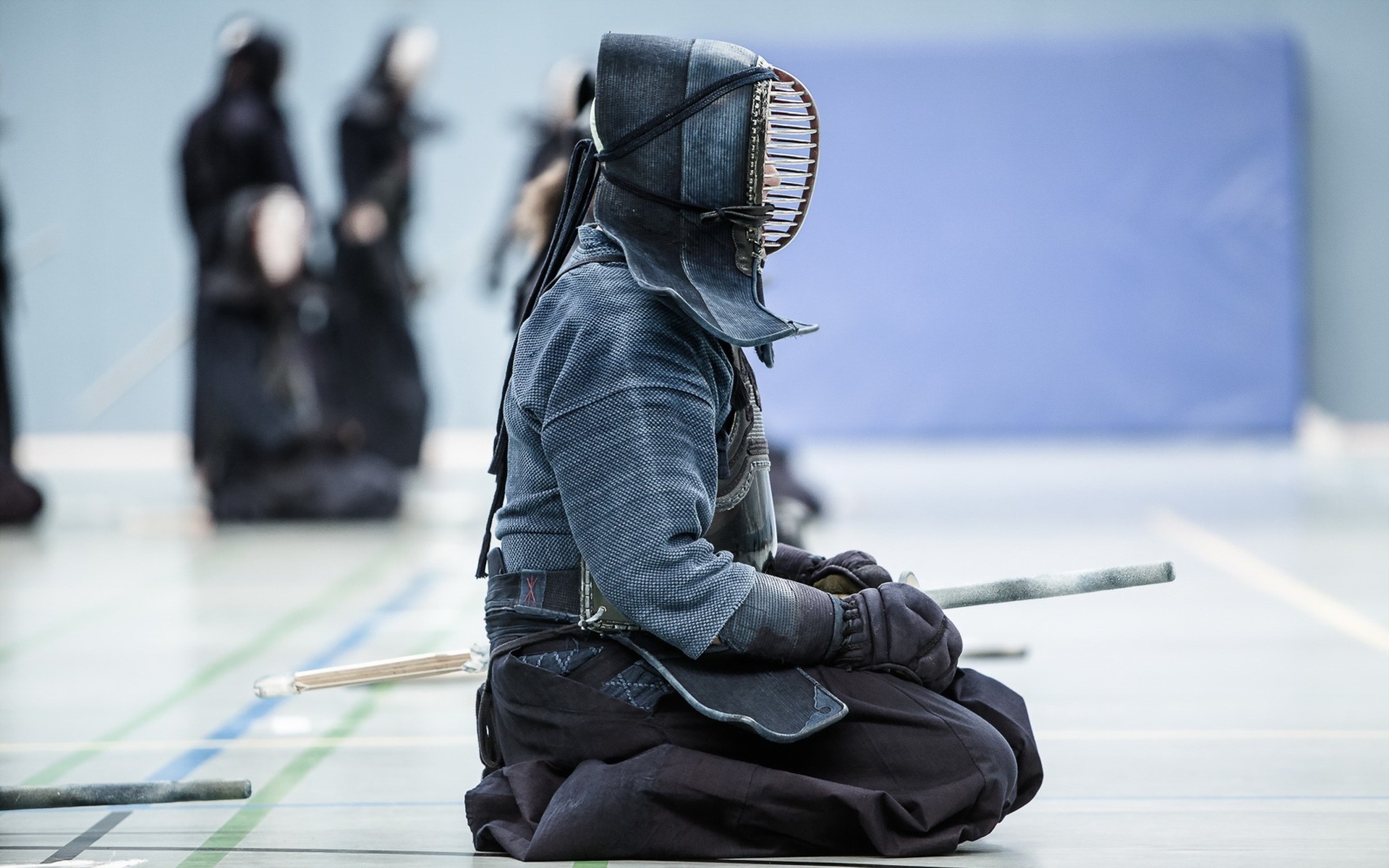 Kendo is an amazing and ancient martial Art.

Until 1500, the two most important weapons were the sword and the bow.

With the arrive of firearms in '600, military archery schools (Kyu-jitsu-ryu) were the first to transform the military use (jitsu) of the bow in Kyudo, that is "the way of archery", practicing a discipline without practical use but with the goal of self control and inward growth, under the influence of "ZEN" philosophy, the religion more worshipped by Samurai. Following this example, also other martial school began to transform the martial use of weapons in trainings for spiritual growth. So, from Kenjitsu evolved Kendo.

The attitude of mind, techniques, different teaching methods developed over the years from different schools, have been passed down to our days and were merged into one educational practice that still contains all the features of the past.

In 1975 the All Japan Kendo Federation established the basic objectives of the practice of kendo, namely:

This will make the person capable of loving others, their Country and society, to contribute to cultural development and to promote peace and prosperity among the people. But many words are of little use, the practice of kendo is a path which is difficult to explain, the only way is the action.

Jodo was born thanks to a bushi (warrior) named Gonnosuke who specialized in melee fighting using a long staff (about 6 - 7 feet).
To get a measure of his art, he challenged to a duel the famous Myamoto Musashi, who was a  samurai famous for having already beaten and killed dozens of opponents in combat. The challenge was issued in 1605 and Musashi won the duel, but he did not kill his opponent; so Gonnosuke retired in meditation. The legend tells that after some time he had a vision during dreaming that told him he could win the duel using a shorter staff. So he did not give up and challenged Musashi again. This time Gonnosuke defeated Musashi, sparing Musashi's life returning the courtesy received the previous duel. As a token of appreciation, Musashi recommended him as the martial arts instructor for the Kuroda clan, which had asked Musashi to become their chief instructor.
Gonnosuke founded, within the clan Kuroda, the Shinto Muso Ryu, a school of martial arts focused mainly on the use of JO (a short round staff having a diameter of 2.4 cm and a length of 128 cm, made preferably using white oak wood from Japanese mountains). From this school derives the modern JODO.

Jodo has arrived in Italy only a few years ago. The number of practitioners is small but growing (in Japan is the only martial art growing on percentage). It is a sophisticated art but accessible, challenging but incruent. 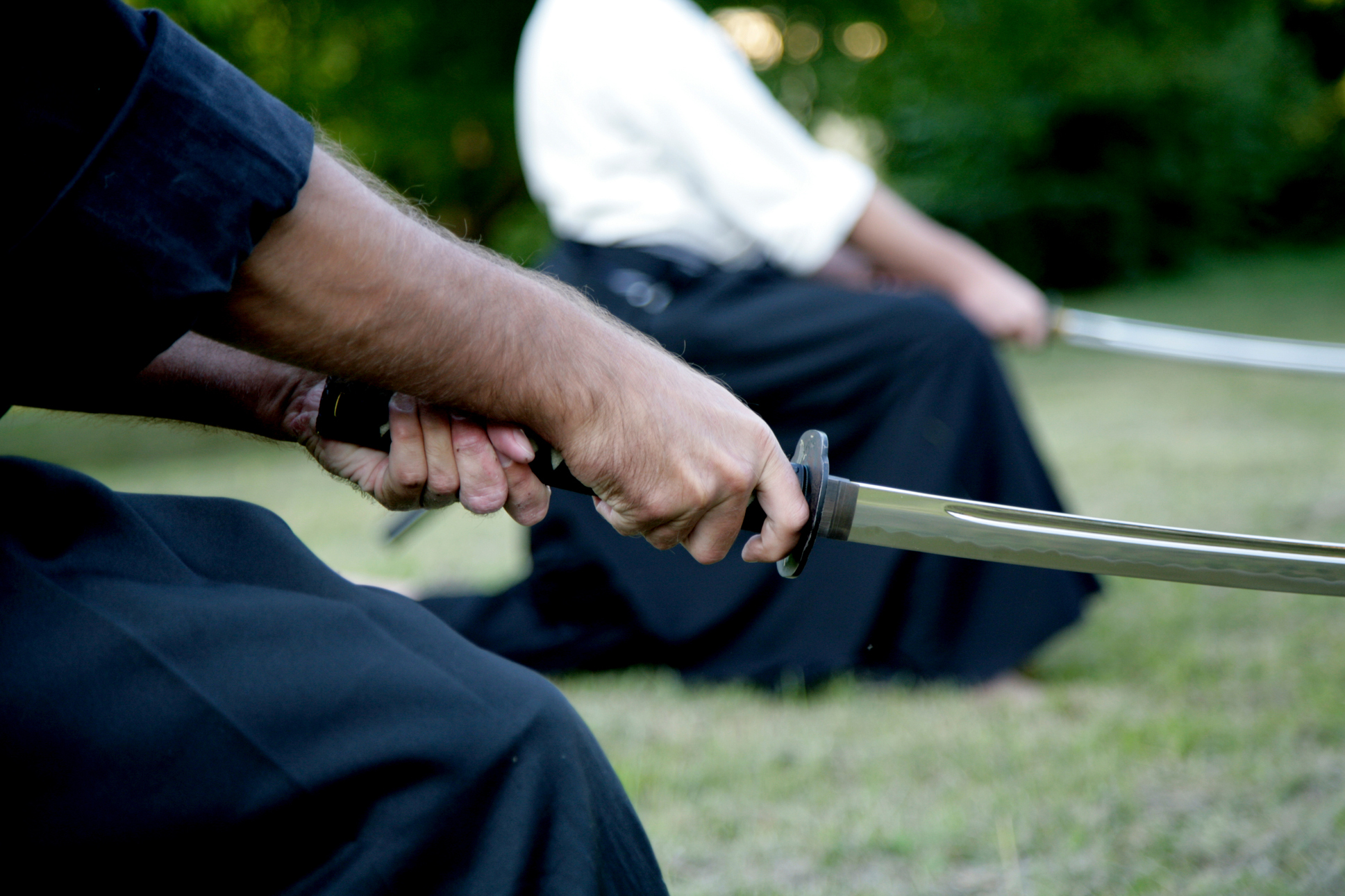 Iaido follows the way of the drawing of the sword (katana) and its immediate use. It reflects Zen doctrine in its minimalist aesthetic: a breath, a cut, a victory. It is practiced through the execution of kata (forms) performed on your own. There is actually an imaginary opponent, but soon one discovers that this antagonist is oneself, our inner enemy. The precise movements, the mind focused on guiding the body and to give a sense to sequences, breath and eye control, all this lead to the creation of a very good coordination. This requires practice, patience and perseverance.

Iaido is also an excellent complement for those who practice any other Japanese martial art: in Iaido you can find the basic principles of other disciplines, enhanced by the use of the sword. This discipline is doable by everyone, regardless of age. It is started using a bokken (wooden sword), then one moves to use a Iaito (blunt sword) and then, for the more experienced, a real Katana.